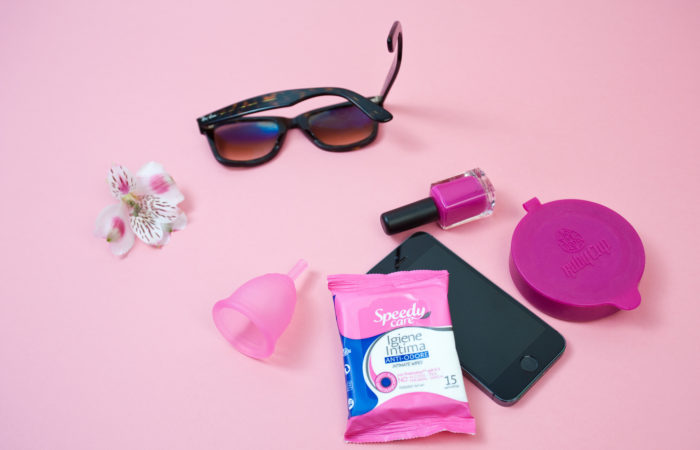 By Annelise Schoups on June 5, 2018 in Travel Tips

I’ll preface this by saying I understand that menstrual cups can be a sensitive topic. Not everyone wants to have an open chat about the details of menstruation. If you’re among those people, I’d ask you kindly move along. For the rest of you, I promise not to get too graphic.

But let’s face it: periods are an essential and annoying part of life for most women (apologies if you don’t fit into this generalization). I got mine at 11 years old—yikes!—and I took to wearing tampons almost immediately. Of course there are other options, like pads, sponges

Up until three years ago, I’d officially been wearing tampons for more than 15 years. Fif. Teen. Years. Now let’s think about that for a minute. That means, if I follow the recommended usage, I’m using somewhere between 18 and 36 tampons EVERY MONTH.

This Huffington Post article actually suggests that a woman who uses tampons will spend, on average, almost $2,000 dollars on them over her lifetime. And we haven’t even gotten into the environmental implications of cotton production and plastic packaging.

I bought my first menstrual cup

three years ago, and I’ve never once regretted it. And while I was already motivated by cost and waste, the thing that finally sold me was travel.

Of course I’d traveled plenty of times on my period before and survived. But this time I was getting ready to take my first extended backpacking trip through a few African countries. I’d be gone a total of nine weeks, which meant at least two periods.

I had two major concerns. The first was that I wasn’t sure how easily I’d be able to get feminine products in some of the more rural areas. The second was that there was no guarantee I’d have access to a bathroom every four hours (I’ve been on some very long, cozy bus rides). In addition to cost and waste, convenience was what finally sold me. 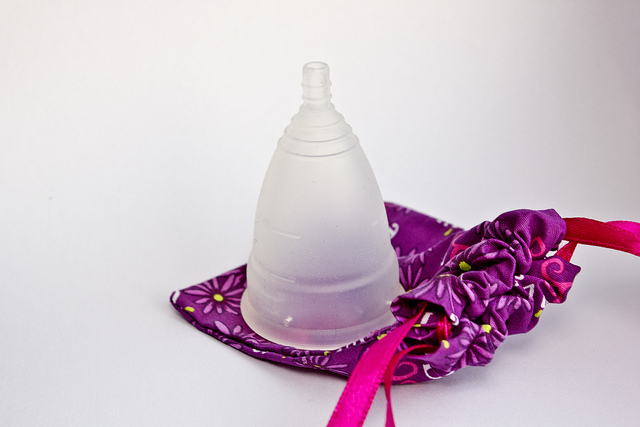 1. You can keep cups in for longer periods (hah!) of time

Doing my research, I learned that you can keep menstrual cups in for up to 12 hours. The difference between every four hours and every 12 hours is huge. That’s twice a day versus six times a day. And no worries about leaving it in overnight, or on absurdly long bus rides.

2. Menstrual cups will ultimately save you heaps of money

Like a lot of money. I opted for the Diva Cup

, simply because I could find it in a store nearby. And at $30, I’ll admit that there was a bit of sticker shock at first. But then I realized I’d make my money back in about three months by giving up tampons. I mean, duh. At this point I’ve probably saved around $300 in just the last three years.

3. Menstrual cups are better for your body and the environment

Most are made of high-grade silicone, which means there’s a lower risk for allergic (latex) reactions or toxic shock syndrome. Plus, they’re reusable. That means less cotton and plastic consumption and way fewer chemicals. Little wins for you and the environment! I can’t even imagine all the waste I’ve saved by skipping tampons. 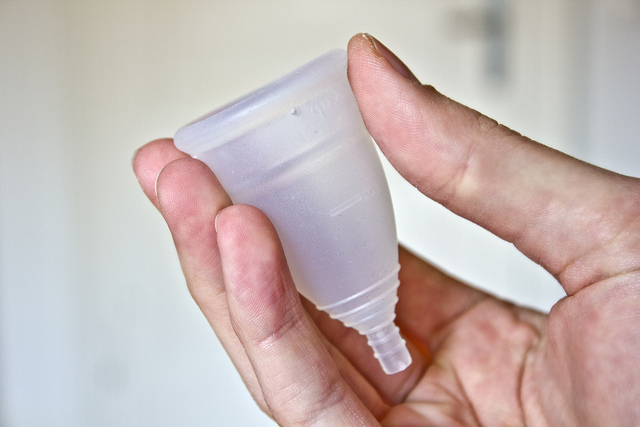 Still need convincing? I get it. The thought of using menstrual cups can be gross and intimidating at first. It’s bigger than a tampon, for sure. But they make smaller ones with softer walls, and even variations for women who have already given birth. And there are lots of tutorials and reviews out there to help you find the right one.

Despite being three years old, my cup is still in perfect working condition. I just clean it every few cycles in a hydrogen peroxide bath, and voila—it’s good as new. On the extremely rare occasions my menstrual cup has leaked, it was only because I waited more than 12 hours on a heavy day. And since then I’ve learned a lot about the proper placement.

In the end, dealing with the ickiness was a small sacrifice compared to benefits. I wear it regularly, and I’d encourage women who don’t travel to get one, too. But I can’t stress enough how much easier it makes life on the road. Because even when your adventure cup runneth over, your menstrual cup won’t.

Annelise is a California native and dual American-Belgian citizen. She's lived in all three West-Coast States and taken with her a love of sunshine, nature, and journalism. She believes in exploring places through food, on foot, and in the company of locals. Follower on Twitter @annelisewrites
View all posts by Annelise Schoups →