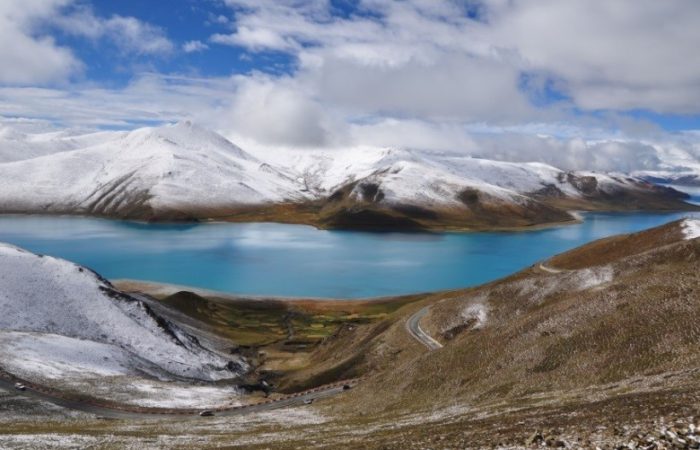 By A Week at the Beach on January 11, 2017 in Travel Tips, Uncategorized

Perched high on the Qinghai-Tibet Plateau, Tibet boasts awe-inspiring Himalayan mountain vistas, mysterious Tibetan Buddhist culture, and captivating local customs. With blinding sunlight and clear, deep blue skies, all visitors need to go through the phase of acclimatization to the high altitude on the plateau as they tour Tibet.

With its incredible alpine scenery and inhospitable natural environment, Tibet has many natural features worth seeing during a Tibet tour. But first, we want to clear up some misconceptions about Tibet travel, particularly about visiting Tibet in the winter.

Insider Tip: Tibet has an average altitude of more than 4000m (13000 feet), and the oxygen content in Lhasa, the capital of Tibet, is one third less than that of Beijing. Tibet tourism reaches its high season from early April to Oct. From mid-Oct. to early Feb the next year, it’s the off season. During mid-Feb and March, Tibet has a recess and is completely unavailable to visit by international tourists.

Here are the 4 Biggest Misconceptions about touring Tibet in winter:

1. The winter weather in Tibet is unbearable.

Undoubtedly, this is one of the biggest misunderstandings of Tibet. True, the weather on the lofty plateaus does get bitter cold. In reality, the weather is quite temperate from season to season and Tibetan winters are not as cold as one expects.

Take Lhasa (3658m), the capital of Tibet for example, the average annual temperatures are: Spring ( -2℃ to 12℃); Summer (9℃ to 22℃); Autumn (7℃ to 19℃) and Winter (-7℃ to 9℃).  There is not a huge difference between winter and the other three seasons. There is a proverb in some places that one can experience four seasons in just one day. In Tibet, it can be hard to tell the difference of the four seasons in a single year. The unique climate of Tibet is largely due to the ample sunlight and strong solar radiation. As long as there is sunlight, you won’t feel cold at all. Besides, heavy snow normally occurs in mountains areas, while the Lhasa valley is spared most of the time.

Insider Tip: Whenever you come to Tibet you will experience the dramatic temperature change between day and night. Be prepared for the chilly winds on the plateau and use a sunhat, sun glasses, and sun screen to protect you from strong UV light. Don’t forget to drink lots of water as the mountain air is very dry.

Many people assume that the heavy snow and lack of vegetation in winter would further intensify the low oxygen content. In fact, according to the statistics from the China meteorological bureau, the oxygen content of Lhasa in summer is around 66% of that of the plain regions, while in winter the figure falls only 3 points to 63%. The subtle difference feels negligible to the body.

All people travelling to Tibet will have some mild altitude sickness symptoms in one way or another. It’s highly advisable to stay in Lhasa for a couple of days for acclimatization purposes.

Insider Tip: After your arrival in Lhasa, never hurry to tour attractions inside Lhasa or other areas. Instead, you’d be better served to have a sleep at your hotel. If you have shortness of breath, try to avoid smoking, drinking too much alcohol, or eating too much food because they will only exacerbate the situation. Also, try not to overexert yourself, otherwise you might suffer acute altitude sickness.

3.  Most of the Attractions Can’t Be Seen in Winter

Another common misnomer about touring Tibet in winter is the belief that many attractions and shops will be closed due to the heavy snow and subsequent fewer numbers of tourists. In fact, the attractions in Lhasa and surrounding areas are readily available for tourists year round (except from mid-Feb to March). The temperature does get cold in mountains areas. However, as long as the road is not completely blocked by a blizzard, all attractions still remain available. 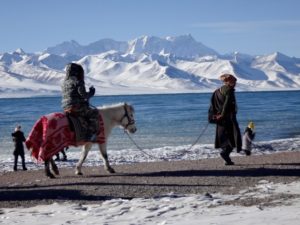 The frozen Namtso Lake(4718m) will take your breath away instantly, with its surface exquisitely embedded into the lofty Nyenchen Tanglha Mountains. October is also one of the best seasons to visit Mt. Everest (8844.43m) at EBC in Tringri, Tibet.

Instead of closing souvenir shops, most of the businessmen inside Lhasa offer more products that cater to local Tibetans. In winter, Tibetan farmers and nomads have more time to go on a pilgrimage in this holy city. The few tourists and more Tibetan pilgrims allow you to enjoy the most intense religious atmosphere in Lhasa. You can explore more local customs than in high seasons of tourism.

Insider Tip: In addition to being less crowded, it takes less time for you to get your Tibet Permit in winter. You can enjoy more tourism promotion events in Lhasa and Shigatse, and the cost for hotels, transportation, and attraction tickets can also be much cheaper. In addition, the grandest celebration, Losar (Tibetan New Year), is also celebrated in winter. The various performances and distinct local dishes can only be seen and tasted during this particular time.

4.  All You Can See Is the Lifeless Mountain Scenery

Many falsely believe that the scenery in winter of Tibet is little more than monotonous, cragged mountains and valleys. But in fact, even in winter, Tibet is full of surprises. In Nyingchi (3100m), in eastern Tibet, the evergreen pristine forest and enchanting landscape will awe your senses. 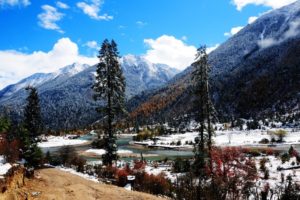 Due to the influence of the warm air currents in Yarlung Tsangpo River, the typical “Swiss-Alps” scenery in Nyingchi remains unchanged. Why not enjoy the ride either on the tour bus or bicycle along the charming Nyang River, or explore in the renowned Lulang Forest? Nyingchi is the only place with dense forest coverage and lower altitude, so there is no need to worry about altitude sickness there.

Insider Tip: In winter, a large number of migratory birds will fly all the way from other provinces to spend the winter in Tibet. Never miss the rare chance to see a large number of black-necked cranes in the suburbs of Lhasa. 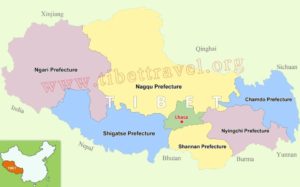 Overall, for international tourists, the excitement of a Tibet tour in winter definitely surpasses all expectations.

5 Creative Ways to Tell Your Travel Stories Through Photos
Travel Light: Why You Should Skip the Suitcase