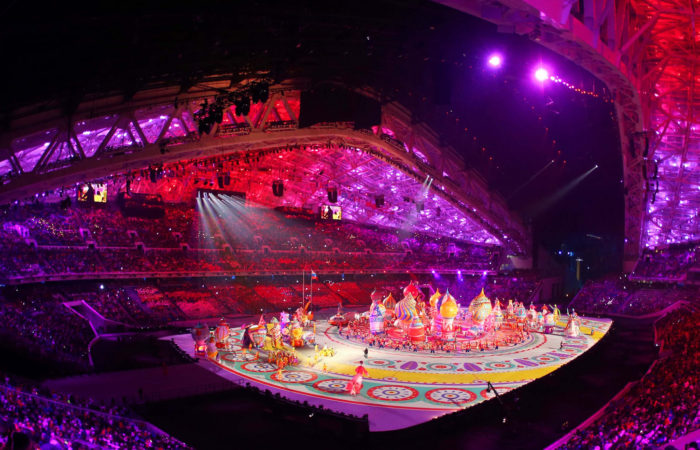 By A Week at the Beach on January 9, 2015 in Uncategorized

Many Russians are still stunned why they won the bid for 2014 Winter Olympic and Paralympic Games held at Sochi since it is often associated with Russia’s southern mentality characterized by palms and a hot climate and nothing of the nail biting cold of winter. As such, Sochi is the unofficial summer capital of many Russians wanting to get a respite from winter cold in mainland Russia. Take note that there is some language barrier for tourists making it a bit hard to fully explore the city but rest assured, it is the perfect place to sharpen your Russian tongue.

For a little bit of history, Sochi was once inhabited by Caucasian mountainous tribes men who fell under the control of many great civilizations such as the ancient Greek, the Abkhazian, the Romans, the Ottoman, and the Byzantine for thousands of years. Simply said, this was once the land of warriors; no wonder where the military might of Russia comes from. Some of the landmarks marking the antecedent civilizations still remain such as the bronze age table-stones and medieval Byzantine temples.

You can also visit fascinating architectural wonders such as the Stalinist period Empire Style buildings. Sochi has many historic building dating as far back 1934 and during the Stalinist period until 1953, many more monumental buildings were built around Greater Sochi area such as the Sochi Art museum, Sochi central train terminal, The Winter Theatre, Sochi seaport, and various resort hotels like the Metallurg and Lazarevskoe.

Also up for display is the Stalin’s Summer Residence on 120, Kurortny in Khosta district. The Bolsheviks took the place from a merchant Mikhailovskoe and later converted into Stalin’s residence by Miron Merzhanov. China’s Chairman Mao once visited this place. You can also find a museum inside hosting the various personal belongings of Stalin including some of his waxworks. Some say Stalin’s phantom still roams the place at night giving an eerie feel to your tour.

You can also visit the fascinating Godlik fortress on Kurskaya St at Chemitokvadzhe in Lazarevskoe district to see the ruins of the great Byzantine triangle fortress built in 4–5 centuries A.D.; that is pretty historic to me. The last remnants of the tower and some part of the limestone walls are still standing up to this day. This site is not to be missed on one of your city tours.

Another popular Byzantine ruin is the Loo temple in Lazarevskoe district but its condition is worst than the Godlik fortress. Nonetheless, its location is quite scenic at the hilltop overlooking the sea. The temple was built roughly in 10–12 centuries and then rebuilt in the 14th century before being converted to a fortress later on.

Sochi is also home to the famous Black Sea Pearl which is the country’s biggest summer sea resort and one of the country’s busiest tourist spots too. The millions of visitors (mostly Russian from mainland Russia and only 3% of foreign origin) are simply attracted by the breathtaking views of the mountainous coastline and fascinating shingle beaches sporting warm and sunny days and of course, an electric nightlife.

Have fun and don’t forget to bring your ESTA (Electronic System for Travel Authorization) Visa with you for an incredible and hassle free fun adventure.