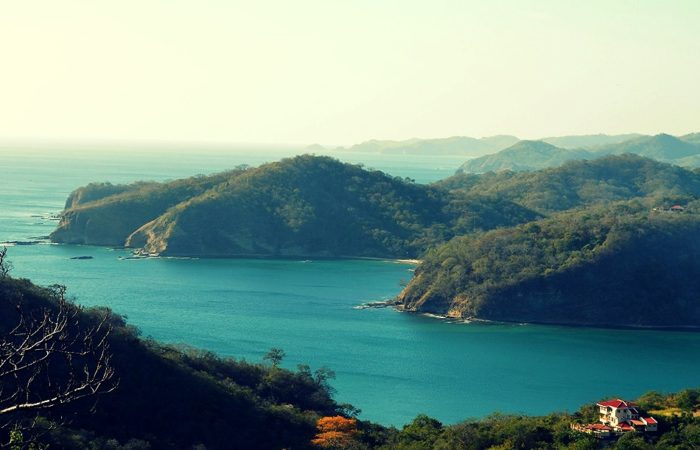 By A Week at the Beach on January 6, 2015 in Uncategorized

Explorers have marveled at Ometepe Island’s beauty for centuries, including Mark Twain, who wrote in 1867 of the “two magnificent pyramids, clad in the softest and richest green, all flecked with shadow and sunshine.”

Lake Nicaragua is one of the largest lakes on earth. It even has sharks! In fact, it’s the only freshwater lake in the world to have sharks.

Oh, and in the middle of Lake Nicaragua lies a volcano island called Ometepe Island. With a breathtaking waterfall.

I mean, who wouldn’t want to visit Ometepe Island in Nicaragua?

The most striking feature of this UNESCO Biosphere Preserve is Volcán Concepción. Towering 5,280 feet up from Lake Nicaragua, this is an active volcano. The last major eruption occurred in 1986, with little burps of volcanic ash also occurring every so often.

Not surprisingly, climbing either of these volcanoes is a primary activity when visiting the island. However, both hikes are extremely strenuous and not suitable for children.

However, if you’re planning on visiting Ometepe Island Nicaragura with kids, there is still plenty to do. Make it a day trip from Granada or spend a few days on the island for even more exploration.

Getting to Ometepe Island Nicaragua

Ometepe Island Nicaragua is located in Lake Nicaragua and can be accessed via regular ferry service. The trip takes about 60 minutes from the small port of San Jorge (near the city of Rivas), which is about a one-hour drive from Granada, and costs between $2 and $3 per person. While there is ferry service from Granada, the schedule is limited so it’s best to depart from San Jorge port which has much more regular service. 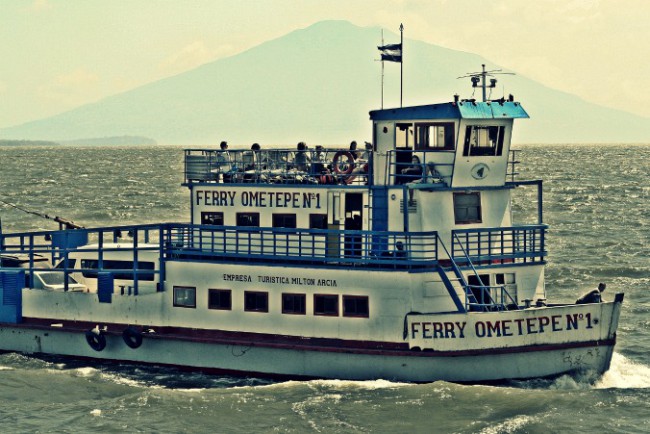 You’ll want to catch the 7am ferry, so a bit of an early start if you’re leaving from Granada, and then plan on catching the 4:30 or 5pm ferry back to the main land.

The trip is about 60 minutes between San Jorge and Ometepe Island.

The ferry ride can be a little rough, particularly between November and February, when the winds are higher. Consider bringing non-drowsy Dramamine for your children, especially if they are prone to car or sea sickness (like mine!)

Start with the San Ramon Waterfall

Start your morning on Ometepe Island with a nice hike.

The San Ramón Waterfall is located at the southern slope of the Maderas Volcano on the island of Ometepe, about 4 kilometers from the small village of San Ramón. The high, natural waterfall can be reached after a relatively easy hike, ascending through the forest and foothills of the impressive volcano. 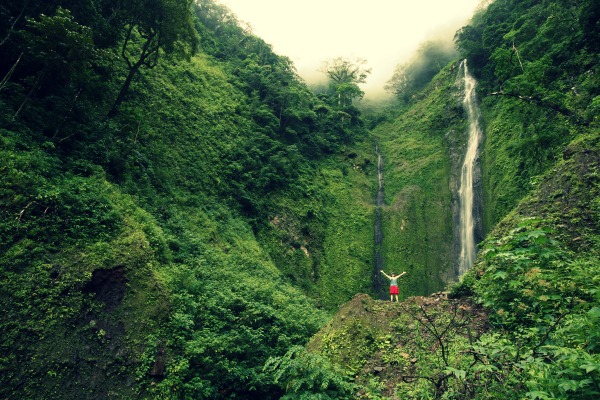 Access the trail from the Biological Field Station, located at the border of the village of San Ramon. You can take a taxi here if you have not organized a guide for the day. Enjoy nature, including howler monkeys, on the trail as you head about 1.5 to 2 hour hike to the waterfall. The entrance fee is about $2 per person (payable at the Biological station).

Don’t forget to bring your swim suit on the hike, as everyone will enjoy a well-deserved dip at the base of the waterfall to cool off after the hike.

Get Your History Fill While Viewing the Petroglyphs

Ometepe Island Nicaragua is famous for its rich pre-Columbian history and features some of the most well-preserved rock art in the world. Ancient petroglyphs (rock carvings) and stone statues have been found all over the island.

So after your morning hike, it’s time to get your history fix. 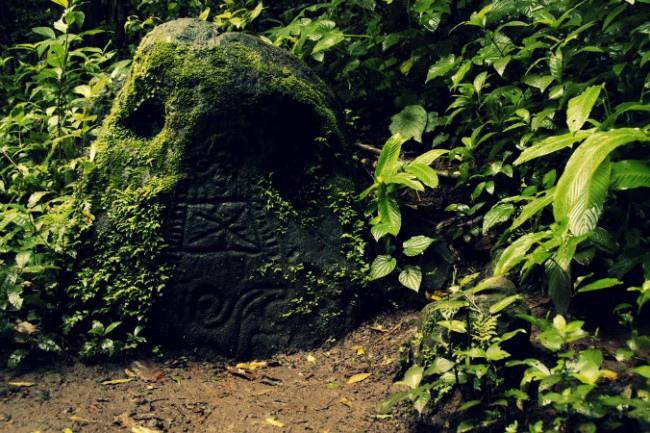 Head over to the Hotel Finca Porvenir, also on the slopes of the Maderas volcano, to view some of the best petroglyphs in their original location.

Or, head to Finca Magdelena, a small hostel and working coffee co-op. Here you can enjoy an easy mile trek here to view petroglyphs with a guide as well as tour the coffee plantation.

Spend the Afternoon Cooling Off at El Ojo del Aqua

After lunch, head to El Ojo del Aqua. The natural, olympic-sized pools of Ojo de Agua pools are filled with thermal spring water from an underground well. A continuous stream of fresh water flows through the pools, which are almost 7 feet deep.

Admission to the Ojo de Agua costs $4. There is a small restaurant here serving up local food and tasty drinks, including a coconut rum specialty. You’ll find hammocks, restrooms and changing facilities on site as well. This is a great way to relax after a busy morning sightseeing on Ometepe Island Nicaragua.

Want more? Check out these things to do with kids in Granada Nicaragua.

Have you spent the day on Ometepe Island? What else would you suggest doing with kids on the island?