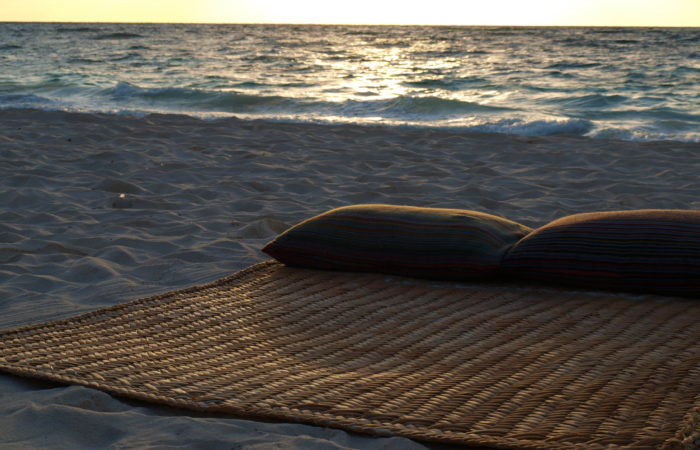 To be honest, we weren’t sure if the rental car was actually going to make it to Mexico’s best secret beach. As the little silver pile of tin kept bottoming out along the pitted gravel road, we gave up on the air conditioning and rolled down the windows. So this is why the rental car companies at the Cancun airport can get away with the incredibly low price of $12 per day.

We’d uncharacteristically woken up early this morning. In the middle of our amazing week on the beach in Tulum, Mexico, instead of sleeping until the sun warmed our little room in the boutique hotel where we were staying.

Venturing out early in search of a magical hidden beach about which we had only vaguely heard.

Our week at the beach in Tulum, Mexico had been damn near perfect up until this point and we were staying directly on what is arguably one of the world’s best beaches.

Yet here we were, after swinging into town to pack a cheap foam cooler with beer and snacks, driving south into the Sian Ka’an Biosphere Nature Preserve, a UNESCO Natural Heritage site in search of an even more perfect beach.

We were armed with nothing more than vague directions from our server at dinner the night before. “Just head south and keep going,” was all he said. “The beach there is amazing.”

Really we didn’t think it could get much better than our present location, but hey, we were up for the adventure. We drove to the “end” of the Tulum hotel zone, and as directed, kept on driving. Soon we reached the entrance to the park and paid the small admission fee. We drove a bit further and reached a viewing platform, which we climbed to see if we could get a view of this mythical beach.

And there it was.

A little work to get there, but worth it!

All we had to do was bush-whack about 20 yards straight through jungle so think it actually prevented anyone, aside from the ancient Mayans, from inhabiting this region until the mid-20th century.

We did and it was amazing. 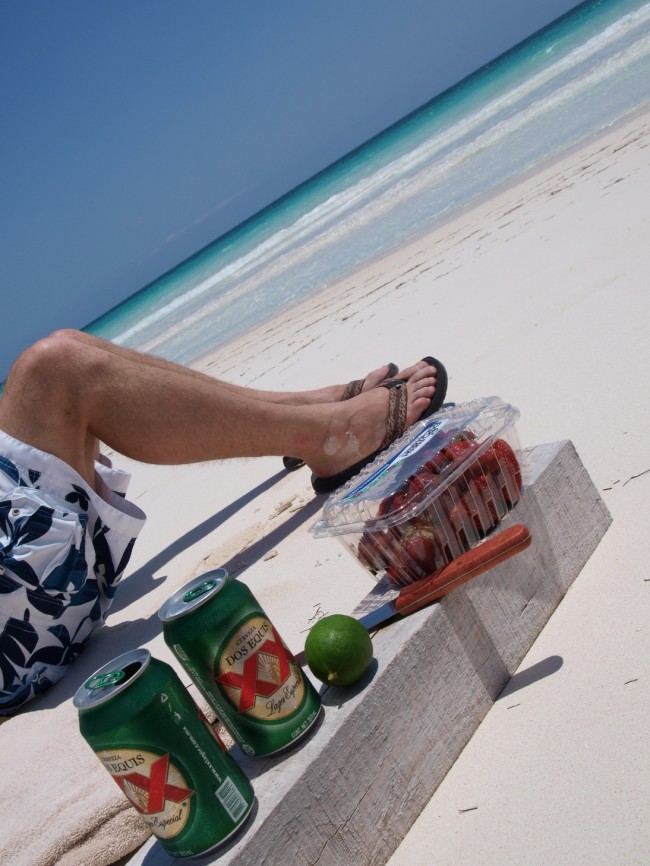 So why is this beach worth all this effort? The water here is incredibly calm and clear, the sand clean and white. Even more so than the Tulum beaches half an hour to the North. In addition to being remotely located in the nature preserve with no direct access, there is a large barrier reef located just off shore. This reef is made up of more than 84 species of coral, including  “brain coral” which can reach up to seven meters in diameter, so it stays calm and protected year-round.

So my advice if you’re planning a trip to Mexico and Tulum? If you’re in Tulum, Mexico or even further north between Tulum and Playa del Carmen, this is the most amazing, best beach you’ll ever see. Go. It’s worth the adventure.

Want more? Here’s everything you need to know about getting around Tulum, Mexico if you want to explore this area further!

Have you been to Mexico’s best secret beach? What did you think?

Things to do in St. Vincent and the Grenadines
Planning the Perfect Girlfriend Getaway in Mexico’s Riviera Maya